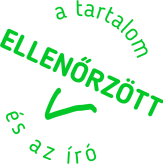 Dear Danedina! 🤗
Thank you for your report. I am glad you came!
You are a gentleman, it was a wonderful one-hour.
I hope that, we will meet soon as possible
Lilith

Egyeztetés
Elérhető:
5
Her advert first appeared at the beginning of the week. After I looked at the pictures and read the text I put her at the top of my favorites list because I could tell she was exactly what I want: young, pretty, curvy, and someone who knows what they're doing. I called her once for information and the second time for an appointment. Both times she was pleasant and patient. We agreed on a time in the afternoon and she gave me the address slowly and clearly.
Megközelítés
Odatalálás:
4
Tömegközlekedés:
5
Egyértelmű a cím:
4
I took the tram and arrived a bit early so I wasted some time in Lurdy Haz. I then walked with the gps and it took me a while to find the entrance (hint: it's close to Mester utca) because it's a big building and there's a lot of construction around. Parking near the house might be possible, but if you want to be safe you can just park at Lurdy Haz (or Praktiker) and walk. The entrance was clearly marked and she buzzed me up.
Helyszín
Randi helyszíne:
5
Egyezés a hirdetéssel:
5
Fürdő:
5
The building itself can't be more than a few months old so everything is brand new and in working order. The flat is a perfect little love den, with candle lighting in the bedroom, where there is a massage bed and a double bed. The magic took place on the massage bed, which is fine for me. The bathroom has a brand new bathtub (I prefer a stand-up shower, but I'm used to sitting when I have to) and a small selection of shower gel. NIce warm dry towels, everything was top notch. Everything in the flat is designed and coordinated for maximum effect, even the music (classical instead of swami yoga).
Lilith_ külseje
Tetszett:
5
Adatok valóságtartalma:
5
Amiben fogadott:
5
Higiénia:
5
Arc:
5
Everything in the pictures is valid. She's a short, curvy young women with huge, full tits, a round but firm ass, and perfectly smooth skin. Her stomach matched her body type (not flat but not fat either), and her face was pleasant. She smiled a lot and had a terrific attitude, she was calm and confident. She clearly likes what she does. I think she was wearing the black lacy outfit from the photos. To be honest, I can never remember. It was something sexy and revealing. She wears some make-up around her eyes and lipstick. Basically, if you like the photos, then you will like her in person. 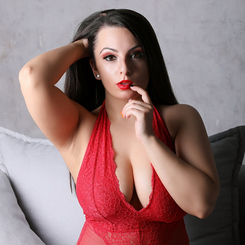 Erotikus masszázs
Hatékonyság:
5
Időráfordítás:
5
Szakszerűség:
5
Erotika:
5
She is an absolute artist. The entire program was perfectly choreographed and paced. What I liked best was that she told me not to worry about the time, which allowed me to relax and enjoy the massage section of the program. She started on my back, using lots of oil and spreading it around slowly. She then gradually worked each area with more force, moving to my shoulders and then down to my legs. All the transitions were smooth, so the program was both relaxing and erotic.
It also seems that she can do other varieties of massage like aroma therapy, and the strength is there if you want a more forceful massage.
Levezetés
Kézi kényeztetés:
5
Hozzállás, kezdeményezőség:
5
We had agreed to a combination of tantra and ESZO for the final act, so after I turned onto my back she oiled and massaged my chest and legs as a sexy lead-in to the happy ending. She took her time, using both hands to get me excited before getting to the main event. She then used a combination of techniques, varying the speed, letting me get excited, then slower to enjoy the feeling. She paid attention to what I liked and got me close to the edge before finishing me off. I was lying on the massage bed and she was standing over me, so I caressed her with my right hand here and there, because I had to check out those amazing tits, but mostly I tried to stay out of her way and let her work her magic.
Elszámolás
Korrektség:
5
Megérte:
5
She stressed the fact that there would be plenty of time for everything, so I paid no attention to the clock. I have no idea if we finished on time or ran over. I paid for the one hour program and felt more than satisfied with the results. Everything I wanted was in the basic program, so I didn't even ask about extras.
Rózsacsokor
A virágszálak száma prémium vendég előfizetéssel érhető el
(ha a hirdető megadta).
Összkép
A perfect one-hour program from a voluptuous young woman. Everything was perfectly choreographed, the mood, the ambiance, the performance. I will definitely visit her again. I would recommend her to anyone, but particularly if you like the tantra, eszo experience.